According to Overclockers UK, the “most powerful system in the world” has been further improved in the new edition. At 8Pack Orion X2 for 39.999 Euro are two separate systems that are built into a modified Phanteks Enthoo Elite case. The already fast high-end components of the Orion X2 were brought to their performance limits by the well-known overclocker 8Pack. 8Pack, in real life also known as Ian Parry, is one of the most famous personalities in the overclocking scene with several world records. A system that bears its name promises maximum performance.

The 18 cores of the Intel Core i9-7980XE clock with 4.6 GHz instead of the Intel default 4.2 GHz. The clock rate of the Intel Core i7-9700K of the secondary system was increased from 3.60 GHz to 5.0 GHz. The hardware is powered by a 2000 Watt Superflower 8Pack power supply unit, the power of which is divided between both systems.

This increase in performance is achieved by selecting the best chips available in the model series and a high-performance water cooling system that effortlessly and quietly dissipates the waste heat generated. The system has three independent cooling circuits, each with its own Aquaero 6 from Aqua Computer. The main system has two 480 mm radiators for the processor and the graphics cards as well as a further 360 mm radiator, which exclusively cools the graphics cards. The secondary system also has its own 360 mm radiator.

The primary system has the following components:

Even the performance of the secondary system far exceeds that of most current gaming computers: 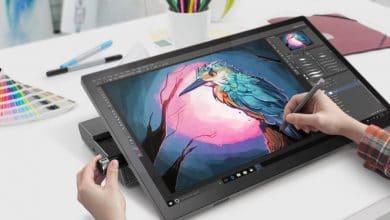 What Is Coil Whine and How Can It Be Fixed?