In the test, the built-in PMW 3389 performs a perfect job: the sensor transmits movements precisely and without jitter. The ergonomics of the Cestus 510 are also praiseworthy: the exchangeable elements on the mouse allow it to be optimised for claw, fingertip or palm grip, which works well in practice. The mouse can also be held comfortably in the Palm grip by relatively large hands. This is not possible with many competing products.

During operation, all keys of the mouse can be reached without any problems. For example, the profile can be changed using the DPI key without looking or having to change hands. The 4-way mouse wheel has also been successfully implemented: Both additional keys are easily accessible and thus represent a useful addition.

The switchable Omron switches under the two main buttons are not just marketing: both switches have a distinctly different pressure point. Specified at 20 million clicks, the buttons offer a slightly crisper feeling of pressure, which is accompanied by higher pressure resistance and a louder release noise. The 50 million push-buttons, on the other hand, are very soft to operate. This is another useful way for Acer to customize the mouse to your preferences.

In terms of ergonomics and technical implementation, Acer’s Cestus 510 plays a leading role, even if there are still slightly better solutions for some areas of application. In particular, a second DPI key would have been nice to be able to select the previous profile as well. After all, this function can be easily implemented using the mouse wheel. 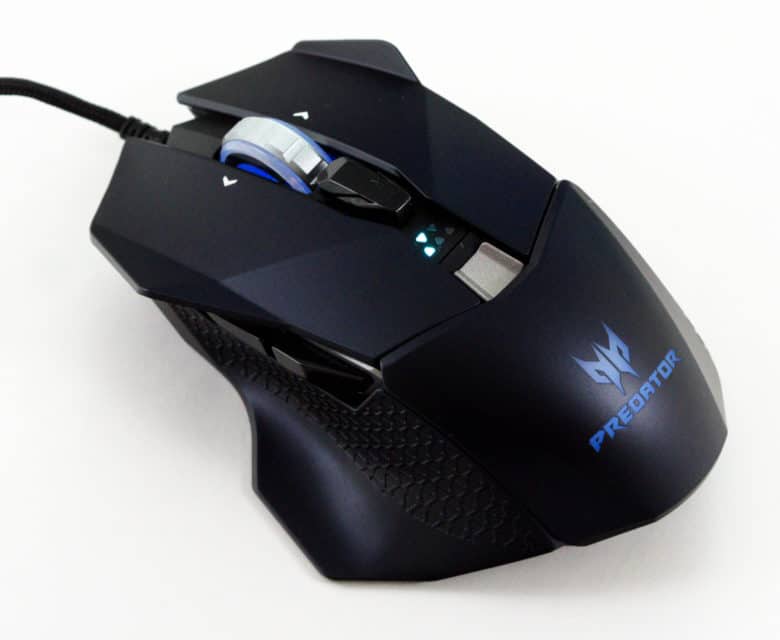 Compared to the Cestus 500, there is also no need to replace the thumb rest. From our point of view, this is not really a problem, since a run-out support, as with the Cestus 510, is the more comfortable solution in any type of posture anyway. Users who see things differently now have fewer options than with the predecessor.

As usual nowadays, there is also a suitable software for the Cestus 510. Configuration is done using Acer’s cross-product Quartermaster tool, which can be installed quickly and without registration. The software is in black, grey and turquoise and has a modern UI.

The program start takes a short time, then the software reacts fluently. Changes to the lighting are transferred to the mouse’s internal memory in real time, all other functions are only overwritten after the user has released them. This is the ideal solution: it prevents misconfiguration and at the same time allows you to quickly view the various lighting effects.

The first item “Key assignment” contains the function of the same name: Here the different keys of the mouse can be assigned functions. In addition to the usual mouse and keyboard actions, program starts, a sniper mode and macros are also possible. Acer thus offers a quite comprehensive package that covers the most important functions. However, it would have been nice to be able to set the DPI rate of the sniper mode. In addition, the recording function of macros is quite slow and is lagging behind as soon as you quickly enter longer character strings. 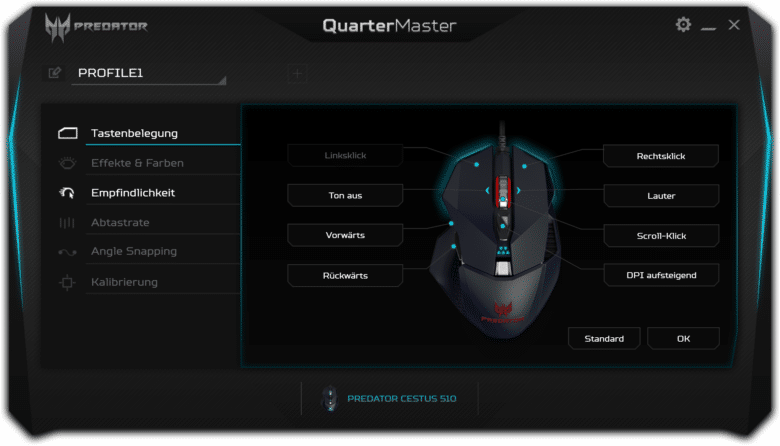 The lighting settings can be found under “Effects and Colors”. The mouse offers three different lighting zones that can be independently assigned colors and effects. The speed of the latter can also be configured. The brightness, homogeneity and colour representation of the LEDs is up to date, and the Cestus 510 delivers a good result here. 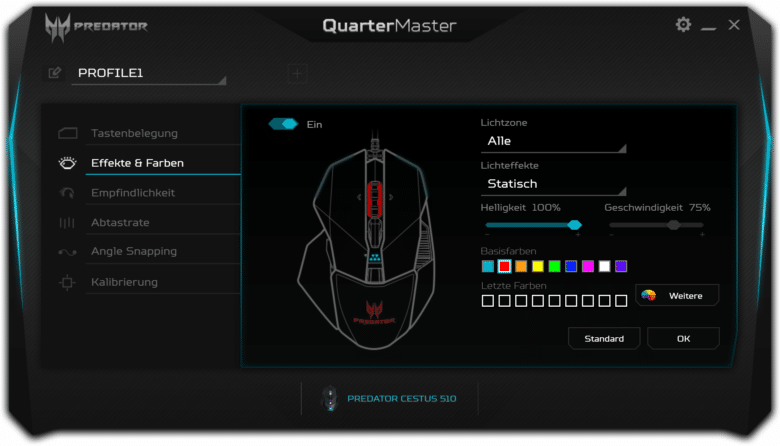 The configuration of the sensor is distributed over the following four points of the mouse. Up to five DPI profiles are available, which can be adapted in 50 DPI steps in the range between 400 and 16,000. The following items include optional angle snapping, sensor sampling rate, surface calibration, and lift-off distance. This covers all sensor configuration requirements, except for separate DPI settings for each axis. 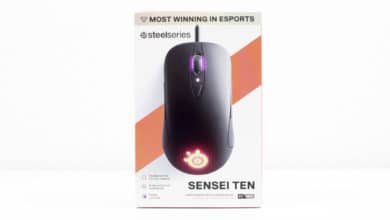 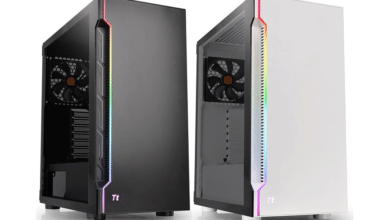 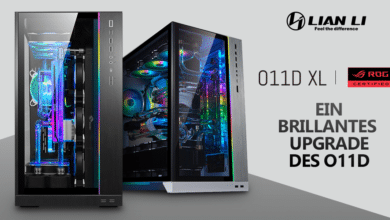 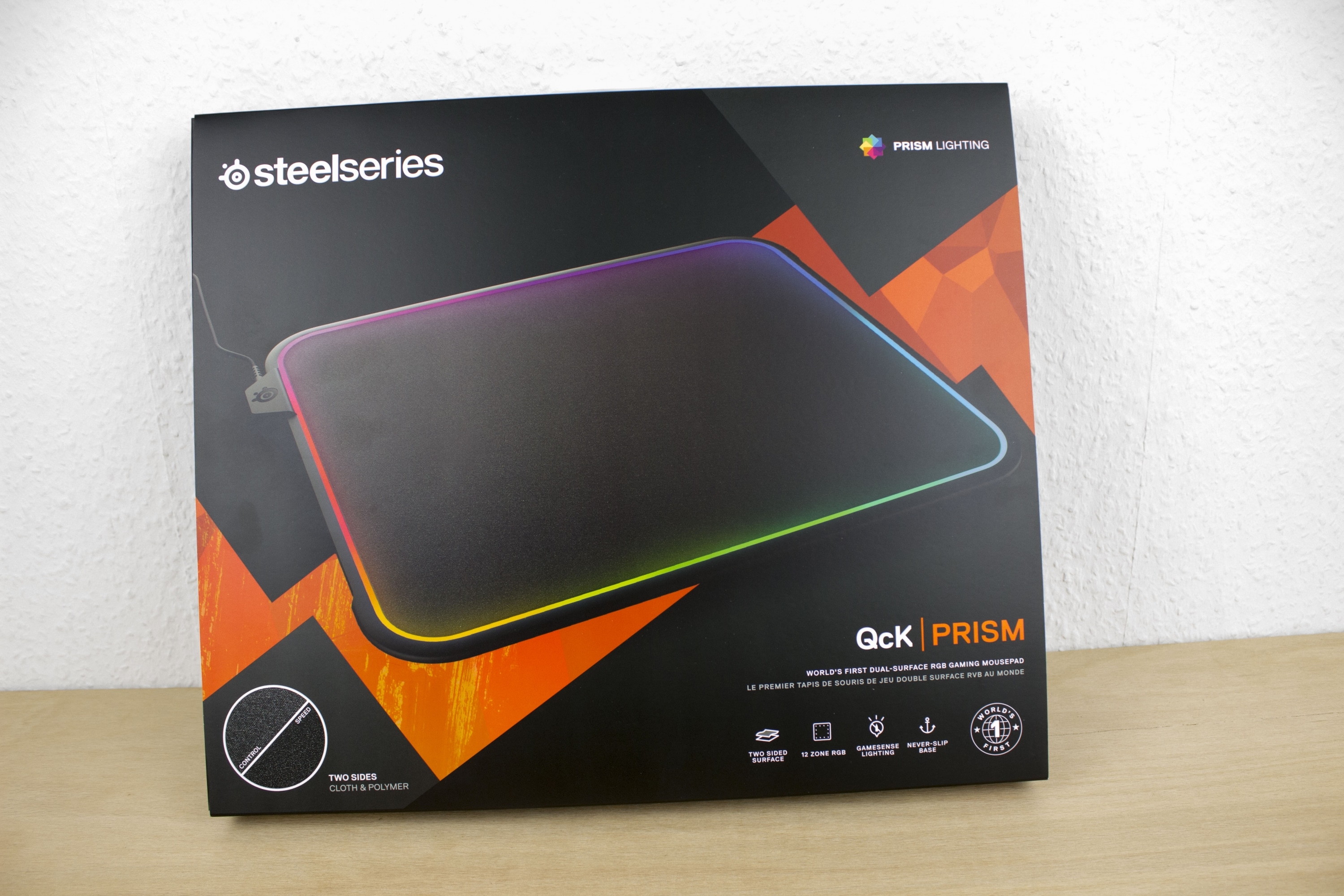