Then place the CPU cooler on top of the CPU and screw the retaining bracket already attached to the cooler to the mounting frame. Since one of these screws is located directly under the heat sink, Alpenföhn has provided it with a small opening through which the supplied screwdriver can be inserted. If the bracket is screwed on both sides, the last step is to mount the fans. The mounting is done with two clamps per fan directly on the heat sink. The fans also have thin rubber buffers for decoupling.

The assembly of the CPU cooler was very well thought out and designed by the manufacturer. Within a very short time it was done and the CPU cooler is connected to the mainboard.

Even with the fan installed, there is still enough room in all RAM slots for high heatspreaders. However, it must be said that this only applies to motherboards with four or two RAM slots on the right side of the CPU. Platforms with RAM slots on the left side of the CPU may have problems with higher heatspreaders. The same applies to the top PCIe slot on the motherboard. Depending on the position and backplate of the graphics card, this could lead to complications.

The Alpenföhn Brocken 3 Black Edition performs very well in the stress test. Especially at a speed of 50% PWM, the temperature difference to the boxed cooler is almost 50 °C. In addition to the cooling performance, the Brocken 3 has another big advantage: with 600 rpm, both fans are almost inaudible. If you leave the control to the mainboard according to profile, then the fans only rotate at 400 revolutions per minute when idle. It couldn’t be quieter. 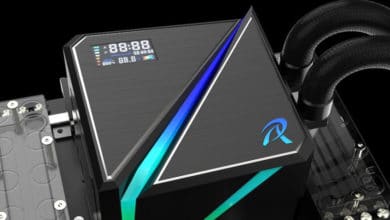 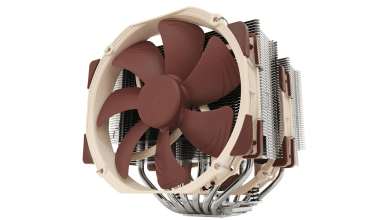