AMD’s 1st and 2nd generation desktop processors at Ryzen™ are a huge success with gamers and professionals everywhere. Now AMD returns with the third generation of Ryzen CPUs that combine their Zen 2 architecture with Next-Gen PCI Express® 4.0 (PCIe) connectivity and promise more bandwidth and performance than previous generations. The new series continues to focus on offering a large number of cores and threads – which therefore require a high quality motherboard. ASUS has prepared a number of new models based on the latest X570 chipset for this purpose.

The cast is led by the Republic of Gamers, whose Crosshair VIII boards are designed for the most demanding overclockers and gamers looking to get the most out of their systems. The ROG Strix series focuses on good design and strong performance, while TUF Gaming combines the most important features in field-proven packages at affordable prices. Those who prefer a more discreet styling with the most important features will be right with the Prime series, which still has enough power for power users. With Asus‘ first Pro series motherboard for Ryzen processors, the manufacturer offers a platform for workstations and creative professionals.

There’s a ROG or ASUS X570 mainboard for everyone from experienced veterans who want the perfect system, to hardcore gamers who need the highest performance, to beginners who want an uncomplicated PC experience.

The Republic of Gamers was founded in 2006, which is a long time in the computer industry. ROG has redefined the meaning of “Enthusiast Mainboards” and has continuously developed the formula ever since. With world-class components and cutting-edge designs capable of achieving the highest speeds, ROG engineers develop motherboards that radiate quality and craftsmanship while pushing the boundaries of desktop computing.

Asus’ new Crosshair VIII models set standards for X570 motherboards. The new top model is the ROG Crosshair VIII Formula with an impressive cover and optimally prepared for water-cooled PCs, closely followed by the Crosshair VIII Hero for less extravagant builds. For overclockers who want to build a compact PC, the Mini-DTX Crosshair VIII Impact is made – a compact board built to break records.

With ROG Strix anyone can be a winner

ROG Crosshair motherboards contain the most extraordinary features for demanding PC hobbyists who develop the most impressive systems. However, not all players want the absolute ultimate, so the Strix Series retains the style, performance and overclocking of ROG while sacrificing the extras not everyone needs. Asus has two full ATX boards for the latest Ryzen platform – the ROG Strix X570-E and X570-F Gaming – as well as the Mini-ITX variant Strix X570-I Gaming.

With the TUF series, build a real battle station

Asus has a motherboard in two versions for the X570: the TUF Gaming X570-PLUS and its Wi-Fi equipped twin. At first glance they look like simplified versions of the Prime models in combination with a different look, but they offer much more than you can see at first glance: The digital VRMs with Dr. MOS stages and TUF chokes ensure that the CPU receives a good supply of clean, absolutely stable performance, while TUF capacitors with 20% higher thermal compatibility provide optimum stability even when overclocked. Up to three hybrid fan connections are available for complex housing cooling as well as an additional connection for AIO water cooling. The Gigabit Ethernet port is protected by TUF LANGuard, which allows the port to withstand lightning strikes and static electricity.

Pro and Prime for more than just games

AMD’s new Ryzen processors are particularly attractive for performing tasks that require a large number of CPU cores. In addition, not everyone wants to use gaming features and RGB lighting in the office. Workstations also require special features. The Pro WS X570-ACE therefore combines the new CPUs and their PCIe 4.0 connectivity with ECC RAM and management features normally found only on expensive server devices.

If there’s one motherboard in Asus’ X570 line that combines all sorts of functionality and aesthetics, it’s the Prime X570-PRO. It offers a unique aesthetic with a unique game-oriented design. Its unmistakable look also appeals to fans who prefer a more discreet styling for simpler systems.

The ASUS X570 series motherboards will be available worldwide at the launch of the new AMD Ryzen CPUs on July 7, 2019. 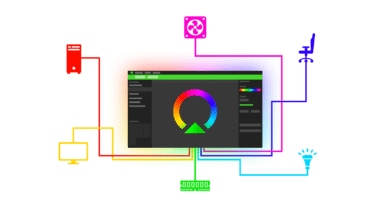 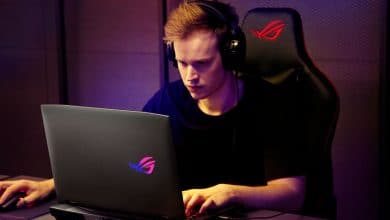 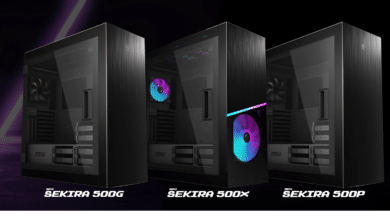