Another point you should keep in mind when buying is the so-called ghosting. This is a phenomenon that is particularly noticeable in cheaper keyboards with rubber domes. When gambling it is often necessary to use several keys at the same time. With some models it happens that instead of the selected keys, a nearby one is triggered, although it was not struck at all.  Or that the selected key combination does not work correctly. This is due to the way it was interconnected during manufacture.

Ghosting is a nuisance that can be handled with keyboards that are mechanical in nature and have “anti-ghosting” in the features. But take a close look at the explanations in the manual, because there are a few keyboards that only provide the usual areas with anti-ghosting. So for gamers, that would be WASD. If you also need other key combinations frequently, you should keep an eye on them.

The Key-Rollover is a good match for the topic, indicating how many keys you can press at the same time without the system falling into ghosting or causing other problems.

This means, for example, that 12-key roll-over keyboards can register exactly 12 keys simultaneously. If you press one more, there are two possibilities:

Let’s just think about a live example: You play a shooter like Battlefield, CoD or a current Battle Royale-title. Running, jumping and shooting or reloading are essential actions, which in the best case even take place simultaneously. At least if you want to be faster than your opponent. If you only have a 2-key roll over keyboard, it’s gonna be hard. Because either you stop, jump and shoot or you continue to run and jump – all three actions at the same time cannot be executed with it. 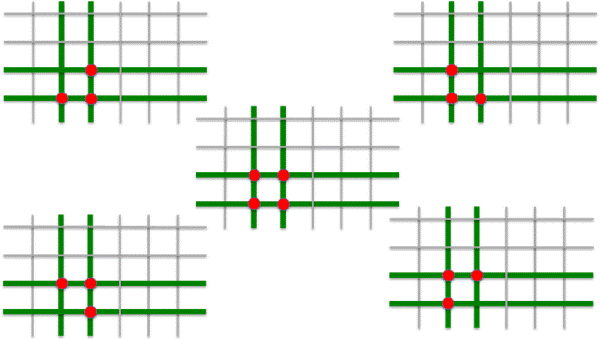 Nowadays, keyboards are much more durable and have stable keys that don’t fall apart even during long LAN parties. In order to keep the keycaps especially stable, a double-shot molding is used during production. As the name suggests, this happens in two (double) steps. 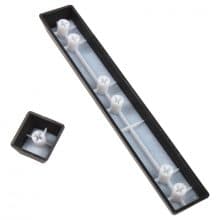 Simplified this can be described as follows: First you pour the number, the letter or the character, before you put this form into another one and combine it under heat to a finished key.

This casting process has several advantages:

Where there are advantages, there are usually also some negative sides. This includes, for example, the cost factor. Because for each letter and each key an own form to produce costs time and above all money. It is much cheaper to cast a series of buttons and simply add the legend later in a user-defined way. But then we again have the noticeable surveys, which, depending on the manufacturing process, can wear off.

Even the type of font cannot be selected completely freely with the Double Shot method, since sharp edges are hardly possible here. The ABS plastic, which is often used, also turns yellow quickly.

The two terms above are abbreviations for materials that can be used to make keys for a keyboard. Acrylonitrile butadiene styrene is just as much a plastic as polybutylene terephthalate, but they have different properties.

Each manufacturer decides for himself which material to use. They both can be used in double-shot mode and appear in the high-priced category of keyboards. 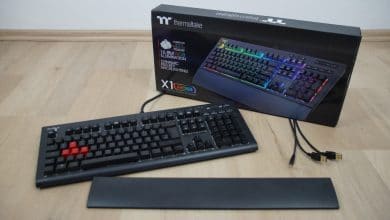