In addition to the Amazon Alexa integration for Razer Chroma, the American company also introduced the new Razer HyerSense technology at CES 2019, which allows input devices to vibrate, giving players visual and acoustic feedback as well as haptic feedback.

During the show, Razer showed an example setup consisting of a Razer Nari Ultimate Headset, an unnamed mouse and a palm rest for the keyboard with vibration motors. In addition, Razer has also installed corresponding motors in the backrest of the gaming chair used. The vibration orintiert itself at the sound of the plays. Thanks to synchronization via the HyperSense platform, the effects are the same on all devices used. Razer wants to realize such a 360-degree experience, with an immersion that is significantly higher than previous gaming experiences.

In addition to the detour via the sound to control the vibration motors, Razer also releases the function for game developers, who can implement new haptic effects for their new developments themselves. Currently id Software, which is responsible for hits like Quake, is working on the development of first effects. The technology was developed jointly with the German company Lofelt, which specializes in the workmanship of haptic signals. The chair shown at the fair was developed in cooperation with the Canadian company SubPac.

The first hardware Razer HyperSense contains is the Nari Ultimate Headset, which converts the audio signal into vibration effects. In addition to games, the function can also be used for movies. 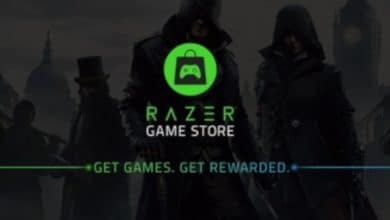