At the CES 2020 in Las Vegas ASUS presented a wide range of gaming products with its gaming brand ROG. With the ROG Zephyrus G14 (GA401) for example, a rather strong 14 inch gaming notebook with up to RTX 2060 and AMD processor of the latest generation was presented. The desktop PCs ROG Strix GA35 and GT35 as well as ROG Strix GA15 and GT15 also come with powerful features. The new TUF gaming models are equipped with the latest AMD processors and have a compact and robust design. We will present the novelties individually.

The stylish ROG Zephyrus G14 (GA401) is equipped with up to NVIDIA GeForce RTX 2060 graphics. Users can choose between 120Hz refresh rate or WQHD resolution. The slim gaming notebook weighs 1.6 kilograms and is 17.9 millimeters high. For individual touches, gamers can change the colour of 1,215 white mini LEDs on the case lid themselves. Users can use them to display animated GIFs, graphics, their own animations and individual text messages on their notebook front. The visualizations can also react to music and other audio signals.

In addition to the new Zephyrus G14, the ROG Zephyrus G15 will be upgraded and equipped with the latest generation AMD Ryzen 7 processor. The notebook is 19.9 millimeters high and weighs 2.1 kilograms – but also has a larger screen than the G14. In addition, an NVIDIA GeForce GTX 1060 Ti graphics card is installed inside. It also has a display that is specified by the manufacturer with up to 240Hz refresh rate and 3ms response time.

Thanks to the NVIDIA GeForce RTX 2080 Ti graphics card, the ROG Strix GA35 and GT35 desktops handle current games with fast and smooth frame rates. The GT35 is equipped with the latest generation of Intel Core processors, the GA35 with powerful AMD Ryzen processors. Those who like to have LAN parties or even appear at e-sports tournaments get a treat on top: Two hot-swap drive bays and a carrying handle make the desktop PCs the perfect companion.

The two new ROG Strix GA15 and GT15 are also equipped with the latest AMD Ryzen processors or the Intel Core processors of the 10th generation. The case should have an efficient cooling and an Aura Sync lighting system provides the necessary lighting effects. You can choose up to the NVIDIA GeForce RTX 2070 SUPER graphics card.

Processors of the next generation

The 15-inch TUF Gaming A15 (FA506) and the 17-inch TUF Gaming A17 (FA706) notebooks are equipped with the latest generation AMD Ryzen Mobile CPUs and up to NVIDIA GeForce RTX 2060 graphics cards. These NVIDIA Turing-based GPUs transmit frames that are updated at up to 120 Hz. They also use AMD Adaptive Sync technology. This is intended to reduce tearing during gaming. Equipped with larger battery options of up to 90 Wh, the TUF Gaming A15 and A17 notebooks offer more flexibility.

Especially in gaming, display technology is developing rapidly. Every manufacturer wants to achieve higher refresh rates and faster reaction times. ROG is one of them. At the CES 2020 the company therefore received the Innovation Award for the 300Hz version of the ROG Strix SCAR III. The specially developed 14-inch panel enables high refresh rates of up to 120Hz and was installed in the new Zephyrus G14 gaming notebook.

ROG was also the first vendor to offer a gaming notebook with a true HDR panel in the Zephyrus S GX701 and GX531. In a demo at the CES the manufacturer now shows a new panel from AU Optronics. Its mini LED backlight offers local dimming details. 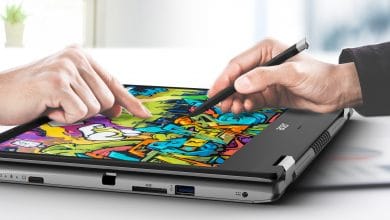 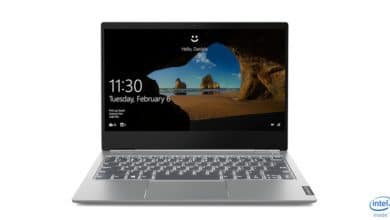