Dell has redesigned the XPS 13 2-in-1 notebook based on Intel’s new Ice-Lake CPU. It promises 2.5 times the performance of its predecessor, a new 16:10 display with UHD resolution and many other improvements.

Bigger display in 16:10 and larger touchpad 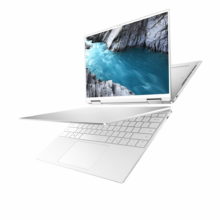 For the CPU, the buyer can choose from three of Intel’s new Ice-Lake processors: The dual-core model Intel Core i3-1005G1 and the two quad-core variants Core i5-1035G1 and Core i7-1065G7. The CPUs should be more than twice as fast as in the predecessor model, because instead of dual-core CPUs of the Y series with 4.5 watts, U models with up to four cores at 15 watts TDP (Thermal Power Design) are now used. Ice Lake-U is primarily intended to enable more 3D performance and higher display resolutions.
Intel has already integrated the WLAN controller into the CPU for some time. However, Intel offers up to 1680 MBit/s with Wi-Fi 6 GIG+ (IEEE 802.11ax). The CPU is supported by a faster LPDDR4-3733 memory with 4 GB, 8 GB, 16 GB or 32 GB. The data memory is a fast PCIe x4 NVMe SSD available in 256GB, 512GB or 1,024GB sizes.

Thunderbolt 3 interfaces are provided on both sides of the aluminium housing, which can also output display signals and enable power delivery. Furthermore, the XPS 13 2-in-1 (7390) has a microSD card slot and an audio connector. The 2.25 mm small camera above the display introduced with the XPS 13 (9380) at the beginning of the year will be retained. According to Dell, the battery life is up to 16 hours. The fixed 51 Wh battery can be recharged with the included 45 W power supply via the USB-C port

According to Dell, the product launches at a price of $999.99 for the smallest configuration with a Core i3, 4GB RAM and 256GB SSD. As with Ice Lake, the notebook cannot be expected before late summer 2019. However, there is no concrete date for the release yet. 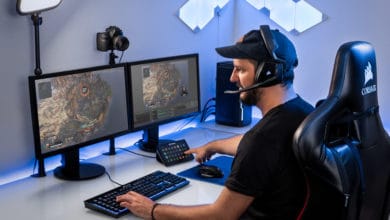 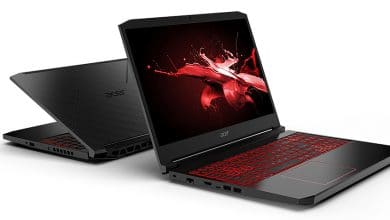 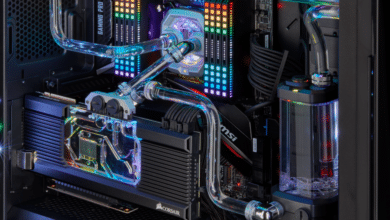