The interior of the Enermax StarryFort SF30 looks quite clean at first glance. This is partly due to the separation of the mainboard and power supply. Nevertheless, the entire height could be used to mount a 360 mm radiator. For the cable routing there are different possibilities, but none of them is rubberized. The front part of the separation has a fixed LED strip for lighting.

When an ATX mainboard is mounted, it is flush with the partition wall of the PSU room. The spacers are already mounted in advance. However, there is sufficient space for the upper cover, for example to mount an AiO water cooling system for the CPU.

In contrast, the rear part of the case doesn’t look very tidy due to the large number of cables. The heart of the rear interior is an element for RGB control. Here it is possible to control up to 6 fans via a 4-pin RGB connector. An LED strip and a mainboard sync cable (compatible with Asus, Asrock, MSI and Gigabyte) can also be connected. Control is via the reset switch on the case. But more about that later.

The supplied fans are powered by a Molex connector. This means that they are unfortunately not adjustable and run permanently at the maximum speed. Too bad, because the almost identical Enermax SquA RGB fans available in retail stores can be controlled via the PWM connector.

In the lower area, two 3.5-inch HDDs can be mounted in the sliding and removable hard disk cage. However, there is no real decoupling. To the right of the LED controller there is room for a 2.5-inch drive. Furthermore, there are several possibilities to fasten cables with cable ties.

Finally, the interior leaves a good impression. The sensible partitioning of the rooms means that there is the potential to optically tidy up the cabling of the housing from the outside and still attach a 360 mm radiator if required. Only the non-adjustable fans stand out negatively. 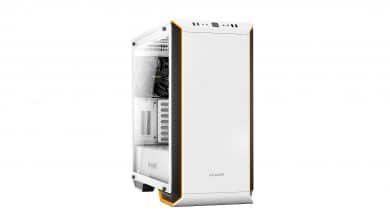 be quiet! Pure Base 500 – Silent Tower with Airflow Option 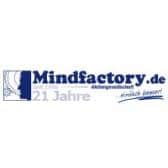