In addition to the four new Samsung Galaxy S10 models, the South Korean company also presented its first foldable smartphone at its Lauch event in San Francisco. In contrast to the already available Royole FlexPai, the Samsung Galaxy Fold has two displays.

When folded, the smartphone is used via a 4.6-inch display with a resolution of 1,960 x 840 pixels. When unfolded, the 7.3-inch screen with a resolution of 2,152 x 1,536 pixels can be used. The smartphone thus offers almost as much space as an iPad Mini with a 7.9-inch display. The Infinity Flex display developed by Samsung, which was introduced in autumn 2018, will be installed.

Thanks to the technology called “App Continuity” by Samsung, apps can be moved back and forth between different displays. An app that is started on the small outside display can be automatically used on the inside main display after it has been opened. In contrast to the Royole FlexPai, the Galaxy Fold is designed to be absolutely jerk-free for the people present during the presentation. Up to three apps can be used in parallel on the large interior display. Working with the Galaxy Fold is more like a compact laptop than a smartphone.

The folding mechanism is also much more sophisticated than the Royole FlexPai. When collapsed, the smartphone is considerably thicker than conventional devices, but much thinner than the Royole competitor’s product. This is due to the very small folding angle of the joint. When folded out, the Galaxy Fold is no thicker than current high-end devices. Samsung built to realize this a battery in each half of the smartphone, which together offer a capacity of 4,380 mAh.

So far, Samsung has only announced a version of the Galaxy Fold with 12 GB RAM and 512 GB internal memory. Samsung only speaks of a 7 nm chip for the processor. So it’s either the Samsung Exynos 9820, which is also available in the new Galaxy S10 models, or Qualcomm’s flagship Snapdragon 855, or Samsung Galaxy Fold, which is the first smartphone to incorporate the very fast UFS 3.0 memory.

The Samsung Galaxy Fold has a total of six cameras on board. The three exterior cameras with a wide-angle, super wide-angle and telephoto lens are identical to the Galaxy S10 models. In addition there are two Selfie cameras in the inside, which are known from the Galaxy S10+. In order to make Selfies even when folded up, there is another front camera with 10 megapixels.

In the USA, the Galaxy Fold will appear on April 26 for 1,980 dollars. European customers will have to wait until 3 May to pay 2,000 euros more. How expensive the also announced 5G version of the smartphone will be and when it will be on the market is not yet known. The device is available in the colours Cosmo Black, Space Silver, Martian Green and Astro Blue. 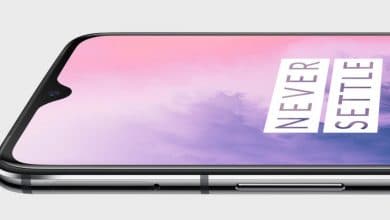 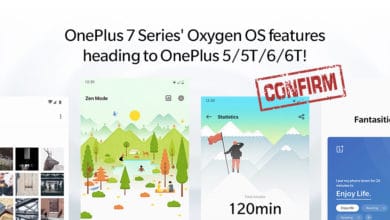