Those Who Remain is a psycho-horror adventure of a slightly different kind. Featuring survival-action elements and puzzles, Camel 101 and award-winning publisher Wired Productions (GRIP: Combat Racing, Deliver us the Moon, Town of Light) take you into a surreal world where players are faced with a series of moral choices. Rounded off by a dark setting and gripping atmosphere, the game is a real insider’s tip for psycho-horror fans who want to deal with ethical dilemmas and questions of the human psyche.

At the beginning of the game you slip into the role of the protagonist Edward. He is in his apartment in a suburb of Dormont, the fictional town where the story is told, and over a few glasses of whisky he reflects on his previous life. Lost in thought, he realizes that you never know how happy you are when you live a perfect life. It’s only when you lose it that you realize how happy you were. His thoughts revolve around ending his own life until he receives a message about his affair that wants to meet him at the nearby Golden Oak Motel. You follow the invitation and promptly drive to the arranged meeting place.

Go into the light

When you arrive at the motel, you notice that the whole place seems a bit strange. Only after you look in the guest book at the deserted reception, you find out which room you have to go to. When you arrive there, you find out that the lady who is supposedly waiting for you is not in the room at all.

Soon after you have looked around the room, the phone rings and an unknown voice speaks to you: “Lay in the light.” After you decide to leave the motel room again, you witness how an unknown person grabs your car and rushes off towards the city.


In the first-person perspective, you set off for Dormont and discover that shadowy figures, armed with pitchforks and machetes, linger in areas that are not illuminated. A step into the dark means certain death for the character Edward.

A well thought-out approach to fill those dark areas with light so that you can continue your journey is therefore required. You have to find ways and possibilities to get for example safely to light switches or fuses. Atonal and backwards playing music underline the mood of the game and create oppressive and gruelling feelings.

Your journey will take you through different sceneries of Dormont. You will often switch between two different worlds. On the one hand there is a level that seems to be real at least and on the other hand there is the light-filled level, in which some puzzle elements can be solved better or even at all before you return to the shadowy world and continue your journey. The developers have thought about this in order not to let boredom arise. Sometimes, while you’re solving the puzzle, you’ll still have hostile creatures on your neck that want to get at you, which is why there’s only time for long considerations while you’re going to safe places – but be careful: Appearances are deceptive.

Storyline: The Man in the Mask

While you learn fragments of the storyline through diary entries, newspaper articles or police files, a doll-like figure accompanies you. He will try to stimulate you to think about additional theses and clues, because you have to make decisions between good and evil during the course of the game, which will influence the end. Decide for yourself whether you want to help the citizens of the town or leave them to their fate.

As the storyline of the game unfolds during these decisions, you’ll learn more and more. But it could also be that you will regret some of the decisions you make later in the game. 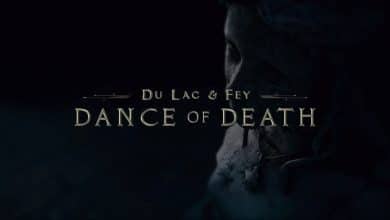