The hardware experts from HP drew attention to their new SSDs in the course of an extensive product presentation. With the S750 series, Hewlett Packard wants to show off especially with a modern SATA 6 GB/s connection. With the new products, SSDs with a storage size of up to 1 TB are possible.

HP has installed a 3D NAND memory in its new series. These memory modules consist of 96 layers. The target group of the new S750 series should probably be classic users from the business sector. Here, the buyers have the choice between 256, 512 and 1024 GB memory.

HP is especially convincing in the speed range, at least on the data sheet. The new SSDs of the S750 series should be able to offer read speeds of a maximum of 560 MB per second. When writing, the S750 series still offers a proud 520 MB per second. The SSDs should also be able to offer high performance in the area of IOPS. How high these turn out in detail also depends on the memory size. For example, 90,000 IOPS for reading (4K) and 89,000 IOPS for writing (4K) are possible with the 512 GB SSD. 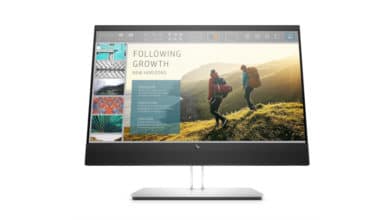