The presentation went differently than planned

With its MateBook X Pro HUAWEI is clearly attacking the market of power users and business users. With a weight of just 1.33 kg and a thickness of just 14.6 mm, the notebook is the perfect companion. Although the MateBook X Pro comes along very handy, there is a lot under the hood. You can truly talk about a wolf in sheep’s clothing here. Thus, HUAWEI gives its TOP model an Intel Core i7-10510U of the 10th generation. The powerful processor is supported by 16 GB RAM. An Nvidia GeForce MX250 with 2 GB VRAM should provide sufficient graphic performance.

For the fans HUAWEI relies on two Shark Fin Fans 2.0, which should provide a higher air output. In general, the cooling system of the MateBook X Pro should be very effective. So HUAWEI has developed a way to seamlessly switch between active and passive cooling mode. Huawei also makes no compromises when it comes to the battery. Despite the small dimensions, the premium notebook’s battery offers a proud 56 Wh. Furthermore, the new MateBook X Pro offers the modern WLAN standard IEE 802.11ac. The Bluetooth connections are also supposed to be incredibly fast. Bluetooth 5.0 ensures this.

The display convinces at first sight. With a size of 13.9 inches and a resolution of 3000 x 2000 pixels, the MateBook X Pro 3K Ultra FullView resolution. The new flagship among the MateBooks stands out especially because of the incredibly thin display edges. The ratio between case and display is 91% in favour of the display – and that’s something to like. But the display doesn’t just look good, it also offers some exciting features. First of all, there is the 10-point multi-touch technology. This should make the operation as easy as possible. If you look for the camera in the display, it’s hard to find it. Only a glance at the keyboard reveals the retractable pop-up camera. Whether the camera actually offers usable shooting angles is questionable, though.

The new all-rounders: HUAWEI MateBook 13 and 14

HAUWEI also presented two completely new MateBooks. With the MateBooks 13 and 14 the Chinese company wants to conquer the mass market. Although they are somewhat weaker than the top model, they still offer a performance that is supposed to be equivalent to a premium model. Thus HUAWEI is giving its two newcomers a FullView display, which offers a display case ratio of 90% for the 14 inch model and 88% for the 13 inch model. The display has a resolution of 2160 x 1440 pixels on both models.

Even though the display is somewhat weaker than the top model in terms of resolution and display, the two all-round models offer the same practical features for touch operation. 10-point multitouch is also used in the MateBook 13 and the MateBook 14. The trick of hiding the camera in the keyboard was also used here. After all, the user also benefits from incredibly thin display edges on the two average models.

The performance of the two MateBooks is also impressive. They also rely on an Intel Core processor in the tenth generation. When it comes to memory, HUAWEI leaves the choice between 8 GB and 16 GB to the buyer. There is no difference to the flagship graphics card. As with the MateBook X Pro, the Chinese also install an Nvidia GeForce MX250 graphics chip. Last but not least, HUAWEI doesn’t make any compromises in the battery and the practical ventilation systems. Here the two (most likely) more affordable MateBooks are on par with the top model.

In April 2020, the time should be right. Then the new versions of the MateBook X Pro should come on the market. Here the user has the choice between a version with Intel Core i5 or Intel Core i7 processor. Furthermore he can choose the memory size. The buyer can choose between a 512 GB and a 1 TB SSD. Depending on the configuration, the HUAWEI MateBook X Pro starts at 1499 Euros. In the most expensive version it costs 1999 Euro.

With the MateBook 13 and the MateBook 14 HUAWEI brings somewhat more affordable all-round notebooks onto the market. However, when the two notebooks are supposed to come onto the market is still uncertain. The buyer also has the choice between different versions. Thus, one can choose between an Intel Core i5 and an Intel Core i7. Unfortunately, we don’t know anything more about the sizes of the available SSDs yet. HUAWEI has also not yet given any further details regarding prices. 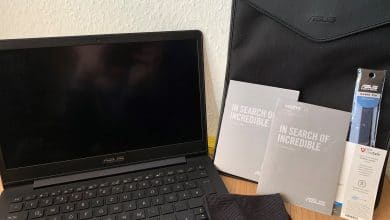 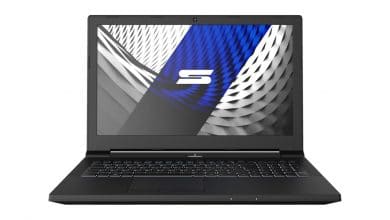