From iStorage comes the USB data carrier datAshur PRO, which shines with special security functions. Not only is data stored encrypted by default on it, but to unlock it, a PIN must be entered on the stick. We have examined this unusual USB stick for its functionality and experienced a surprise at the benchmarks.

A USB stick lying around without a master is always an invitation for the curious. Third parties will be happy if they find the password collection, a list of personal PINs or an explicit diary on it. It becomes particularly critical when this USB stick also contains important company data. To prevent such confidential data from falling into the wrong hands, it should be encrypted. For many, however, this is too time-consuming, too complicated or simply too annoying.

Encryption, Made Easy with the datAshur PRO

With the datAshur PRO, iStorage wants to make it as easy as possible for the owner to use and also provide the highest possible security – “military grade” as it is often called. When you plug in the USB stick, you see nothing at all. Because the datAshur PRO is equipped with a number pad. Only after entering the correct PIN does the content become visible on the computer. The controller automatically encrypts data stored on the USB stick using its own hardware module.

If you plug in the USB stick, you have to enter the PIN if you want to access the data again. They can then be accessed normally in the file manager, no software is required for this. This makes the datAshur PRO extremely mobile, it works without additional drivers or external programs and – depending on the file system used – on all common operating systems, be it Windows, Linux or macOS. One green, one red and one blue LED each indicate the different current operating modes of the USB stick.

A rechargeable battery on the datAshur PRO ensures that the USB stick always allows the PIN to be entered before it is plugged into the PC. But even if the battery is empty, the number pad is ready for use again in a few seconds on the computer and the stick can also be unlocked on the USB port. According to the manufacturer, the PIN is always requested on the stick itself and therefore cannot be read by keyloggers. Even before so-called brute force attacks, in which all number combinations are tried out until the correct one is found, the stick is safe, especially since no access to the stick at all is possible in the locked state.

In addition, the manufacturer assures that the stick is a tamper proof. Disassembling the USB stick irrevocably destroys the stick and the key. The data could then no longer be read by the extracted memory elements. Of course we haven’t tried that. In addition, the stick is waterproof if the aluminium protective cover supplied is properly pushed onto the rubber ring on the stick, which is also made of aluminium. A ring made of braided steel with a screw cap serves as a key ring. 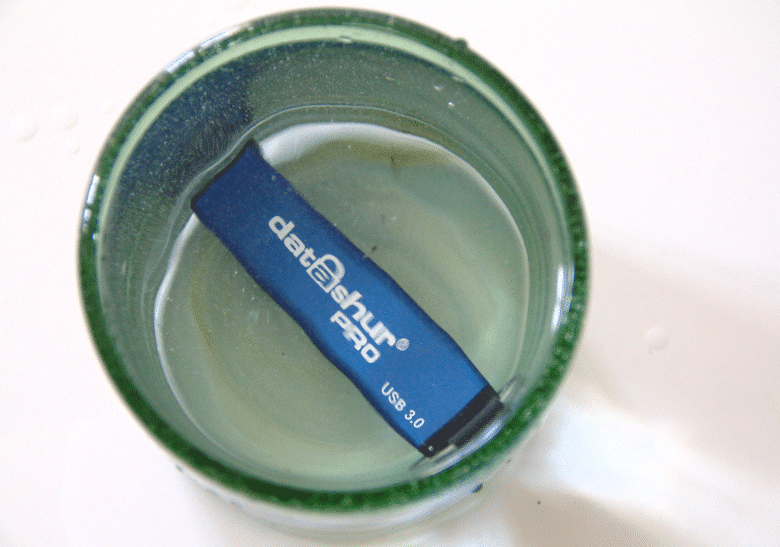 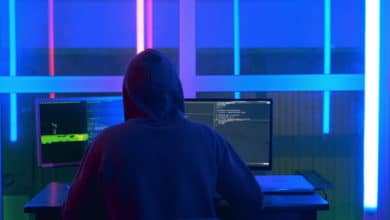