Logitech has not been using its in-house HERO sensor in its mice for long. In the new wireless mouse, however, the sensor is used with up to 16,000 dpi. It replaces the widely used and proven PMW3366 sensor. But the HERO does not have to hide in terms of precision and speed. For untrained hands, it makes no difference which of the two sensors is used anyway, as the general handling of the mouse plays a much greater role. The advantage of the in-house sensor is its energy efficiency. Only with this sensor it is possible to use a small and light battery.

One could assume that low weight also means low battery life. But the Logitech G Pro Wireless has a battery life of 48 hours, or 60 hours with the lights turned off. The 48 hours are very realistic, she has survived some hours in the test without giving up the spirit. Even if you forget to charge your mouse, just plug in the USB cable and continue playing.

In order to achieve the best possible performance, the well-known, self-developed Lightspeed technology is also used for data transmission. The aim is to ensure that the difference between a wireless and a wired mouse is no longer noticeable. Mission accomplished, we would claim.

The mentioned lighting refers only to the illuminated logo of Logitech G. Via Logitech Gaming software the RGB lighting can be freely adjusted and even Lightsync is available.

Logitech’s G Pro Wireless proves that gamers shouldn’t turn their eyes immediately when it comes to wireless gaming mice. Together with the HERO sensor and the Lightspeed technology, it is in no way inferior to normal mice.

Very good workmanship and ergonomics appeal to both left-handed and right-handed users. With only 80 grams it could be too light for some, additional weights would have been a nice feature.

The Logitech G Pro Wireless with € 98.25 is certainly not a bargain, but it is definitely worth its money. And if you don’t want to do without a cable, just plug in the charging cable. 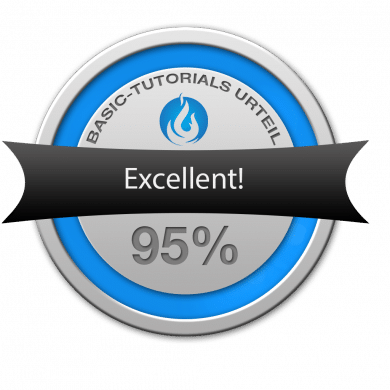 The Logitech G Pro Wireless does it all right. It is well processed, offers many features and is suitable for left- and right-handers.