A leak currently distributed via Twitter shows a poster of the foldable smartphone Huawei Mate X, which was supposed to be presented at the Mobile World Congress (MWC) from February 25th to 28th.

The smartphone shown on the poster follows a different concept than the Samsung Galaxy Fold, which was officially presented on February 20. Instead of an internal main display and an external secondary display as in the competing Samsung product, the Huawei smartphone has only one display that can still be used when folded. The design is similar to the already available Royole FlexPai.

So far there is no information from Huawei about the smartphone shown. Technical details will be presented by the Chinese company during the press conference on 24 February at 13:00. Also the price and the release date are still unknown. An introductory price between 1,500 Euro and 2,000 Euro is expected. 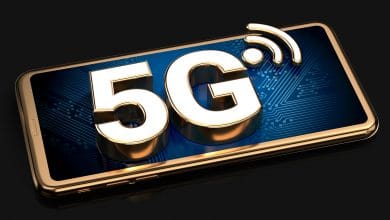