The two smartphones differ in display and memory size. In the G8 ThinQ, LG uses a 6.1-inch OLED display with 3,120 x 1,440 pixels resolution; in the G8s ThinQ, the display is 6.2-inch and offers a resolution of 2,248 x 1,080 pixels. The relatively large notch in the display for the front camera and the sensors is striking on both smartphones. The main memory of both the G8 and the G8s is 6 GB, the internal memory is 128 GB, the G8s also has a smaller version with 64 GB. The memory can be expanded by a maximum of 2 TB using a micro SD card.

The other components of the G8 ThinQ are also convincing. LG features a Qualcomm Snapdragon 855, three main cameras (16 megapixel super wide angle, 12 megapixel wide angle, 12 megapixel telephoto lens) and a front camera with 8 megapixel resolution. The sound quality should also be particularly good thanks to the technology called Crystal Sound OLED. LG uses the entire display as a loudspeaker diaphragm by making it vibrate.

As an alternative registration method to the fingerprint or iris scan, the G8 ThinQ has an additional hand scanner that is supposed to recognize the user by the veins in the palm of the hand. For this purpose, infrared sensors and the time-of-flight camera are used to create a 3D model of the hand, which is then compared with the model stored on the smartphone. According to LG, this method is safer than fingerprint unlocking.

In addition, this technology can be used to control standard functions such as the alarm clock by gesture control without touching the device. According to initial reports from journalists who were able to test this function at the trade fair, however, the gesture control is inaccurate and requires an exact distance between the hand and the display.

Information on the release date and the sales price is not yet available. 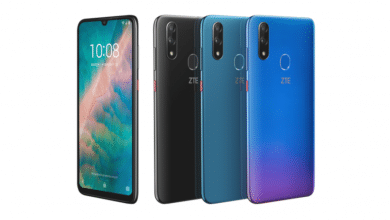 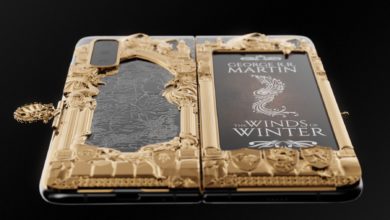