The free streaming software OBS Studio with its latest update to version 23 provides smoother streams, even with standard hardware and without a second streaming system.

The high-end systems previously required, which required at least a current processor with eight cores for CPU encoding or a second system used by professional streamers, are now a thing of the past. Also the integration of further image sources like the commonly used webcam is now possible via GPU encoding.

Like heise.de with a Intel Core i7-8700K and a Asus ROG Strix OC GeForce GTX 1660 Ti, the average FPS for the Shadow of the Tomb Raider game drops by 9 percent for CPU encoding, and by 11 percent for GPU encoding with the new Nvidia profile. So the CPU encoding is still more powerful, but the stream was much more fluid during GPU encoding. 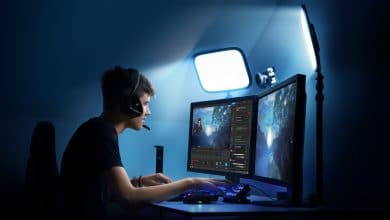