In order to be able to judge how easy it is to install the hardware, we have built the following hardware into our sample:

Together with the Eclipse P300 we also have a set extension cable from Phanteks and to get some color into the game, we have two Phanteks fans together with the 140-mm-Halos Lux-Fan-Frames mounted in the front. The two fans with the Halos RGB fan frames and the set of extension cables are of course only optional, but as the tower has a large window, these components give the finished PC more style.

First, the Mainboard outside the tower was equipped with the RAM and the CPU cooler (also use M.2 SSDs before installing the mainboard). Then the Mainboard together with the I/O-Shield was installed into the tower and the front panel connectors of the Eclipse P300 and the preinstalled fan were connected. At this point you should also decide whether you want to control the RGB LED elements of the tower via the mainboard or the button on the case. Connecting the cables was very easy thanks to the cable bushings.

Then we screwed the SSD to the corresponding bracket and placed it behind the mainboard tray. The SSD bracket is attached to four rubberized sockets without tools using a drop-n-lock. Before installing the power supply we plugged in the required cables, as this would have been very difficult after installation. The cable extensions match the MSI mainboard very well in terms of colour and definitely enhance the look of the finished system, but we have removed the small hard disk cage to make room for the additional cables. With a little more patience in cable management this step would not be necessary – without the extensions anyway not. It should also be noted that the RGB lighting must be supplied with power via a SATA connector.

Now only the Gigabyte GeForce GTX 1060 Aorus 6G has to be installed and connected and then you can start. We have not adjusted the RGB lighting of the system. But it is recommended to buy Mainboard and Graphics card from one manufacturer, because then the effects can be controlled with only one software. In our build, the ring of the CPU cooler glowed continuously, while the AORUS lettering changed its color continuously. We could control the power button and the small LED strip via the button on the case.

Later we installed the two 140mm fans in the front and connected the Halos-Lux-Frames to the RGB-LED control of the tower, so that they can be synchronized with the RGB strip. The two fans are of course optional, but if you still have 1 or 2 120/140mm fans from an old system, you can improve the airflow in the case. 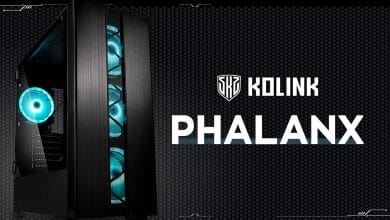 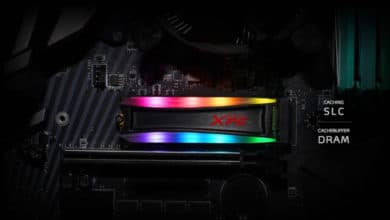