The original version of the Razer DeathAdder was released in late 2006. To this day, the gaming mouse, which was last updated end of 2016, is one of the most popular products in the large assortment according to the manufacturer. Now Razer has introduced a new version of the mouse, which is currently offered exclusively via Amazon and its own Onlineshop for 79.99 Euro. In addition, a new version of the Razer Basilisk (test result “Excellent”), which has been offered since 2017, has also been released. It is available via Amazon and the Razer Onlineshop for 89.99 Euro. Other dealers should also receive the Razer DeathAdder V2 and Razer Basilisk V2 in the current quarter.

Both mice are equipped with the PixArt PMW-3399 sensor with up to 20,000 dpi resolution, which Razer also uses in the Razer Basilisk Ultimate and Basilisk X HyperSpeed mice. Razer also includes an internal memory for four profiles in both mice, which the manufacturer previously only offered in the significantly more expensive Ultimate versions. Thanks to the new white mouse glides, which are made of untreated PTFE like the recently introduced Glorious PC Gaming Race Model D, Razer was able to further improve the gliding characteristics.

The design of the Razer DeathAdder V2 is very similar to its predecessors. The Razer Basilisk V2, on the other hand, appears like a mixture of the Basilisk Ultimate Basilisk X HyperSpeed and thus strongly reminds one of the various models of the Logitech G502 series. While the DeathAdder V2 with its seven usable keys appeals to all FPS players, the Basilisk V2 with its ten usable keys is suitable for fans of LOL, DOTA and WOW. The new four-way mouse wheel with adjustable grid is also reserved for the Basilisk V2. The rough rubber surface on the sides and the additional button on the bottom for switching between the profiles, however, both have gaming mice. 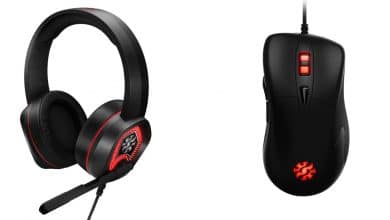