Razer is known in the gaming industry for the eye-catching design of its components. The company has been inspiring the gaming community for years with its bright green and very appealing overall appearance. A long time ago this led to the question why Razer didn’t expand into other areas – why doesn’t the technology manufacturer make the kitchen pretty and why isn’t there a stylish Razer toaster?

Subsequently, the idea of the Razer toaster developed into a running gag. Gaming-enthusiastic supporters of the company formed a Facebook community dedicated to persuading Razer to build a toaster. They came closest to this goal on April 1, 2016. In collaboration with this very Facebook community, Razer planned a April Fool’s joke and announced that he wanted to build a toaster.

The attention of the gaming community was assured to the company. But the April Fool’s joke was not enough for the fans. They kept on demanding vehemently for the kitchen utensils. Razer’s managing director Min-Liang Tan then took a bet: With a million toaster side likes, he’d actually have the toaster built. He added that he would alternatively have a Razer toaster tattoo count as the equivalent of 100,000 Likes.

With today 44.000 Likes the Facebook page is far away from the goal – but there were twelve Hardcore-Fans, who got a Razer-Toaster tattooed. Min-Liang Tan then promised to keep the promise and put together a team to develop the toaster.

The story of the Razer toaster, which will be on the market in two to three years, shows that persistence and inventiveness can sometimes be enough to impose extraordinary wishes. It remains to be seen whether the toaster will turn from a running gag into a box-office hit – as well as whether the twelve superfans will be thrilled in the end. 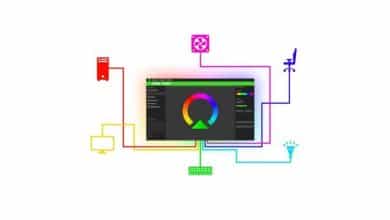