After the Kolink Rocket and the Raijintek Ophion the Streacom DA2 is now the third case we are testing that tries to fit an ITX system with graphics card into as little space as possible. However, unlike the Kolink and Raijintek models, Streacom’s DA2 is not special to the company: Streacom’s products are all concentrated on the most compact dimensions possible, are based throughout on a lot of aluminium and do without optical gimmicks such as windows or LEDs.

The new DA2 is no exception: the 220 Euro case is made entirely of aluminium on the outside, and buyers can choose between a light grey and a black version. In this test, the case is treated in black, but the difference between the two models is only the color.

Inside the DA2, an ITX mainboard with dual-slot graphics card, an ATX or SFX power supply as well as various drives can be accommodated. The SFX-L middle path is also supported, which combines a small volume with a large fan and thus low operating noise.

Optionally, a rear fan can be installed in the DA2 and numerous other components – including additional fans – can be mounted on freely adjustable rails. In contrast to some other representatives of such compact cases, the DA2’s interior design is quite classic: A riser card is not used, only the power supply is connected via an extension cable and, together with the drives, mounted behind the front.

Streacoms DA2 is supplied in a black cardboard box with outer packaging and a carrying handle. The housing is damped by foam and protected by a fabric bag.

The case comes with all the screws needed for installation and a detailed illustration guide showing the various possibilities of the case. We would also like to see accessories of this quality from other manufacturers. 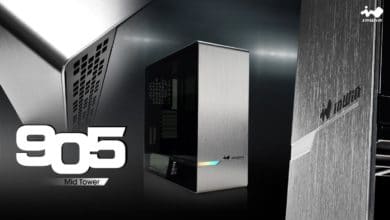 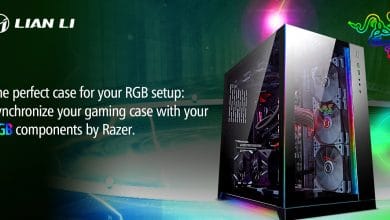