Many things stay the same

At first glance, the new ThinkPad models don’t look very different from their predecessors. This is a little annoying. After all, ThinkPad X1 Carbon and ThinkPad X1 Yoga are the spearhead of Lenovo’s notebooks. Users are used to improvements here. But even on closer inspection, not too much has changed. Even in the inner life, much remains the same. For example, the models from 2020 not only have the identical interfaces. They even use the same processors. Here, Lenovo still relies on the tenth Core-i generation with 14 nanometers.

Lenovo has changed a few little things after all. Whereby one can rather speak of an update than of a change. For example, the manufacturer from the Far East brings the WLAN module up to date. Whilst the predecessors relied on Wi-Fi 5, the new generation from 2020 offers support for Wi-Fi 6. The optional LTE modem should also guarantee faster mobile internet. However, one looks in vain for 5G support. This is disappointing.

The new models should also provide improvements for the ears. Finally, the loudspeakers of the predecessors have been extensively revised. Moreover, Lenovo has extended the ThinkPads’ keyboard. Thus, it is possible to control phone calls and video calls with the new ThinkPads with the keys F9 to F11. This is especially important for business users.

Lenovo’s two new flagships are scheduled for launch in the second quarter of 2020. While the new ThinkPad X1 (G8) will be available starting at 1800 euro, Lenovo is charging well over 1900 euro for the ThinkPad X1 Yoga (G5). 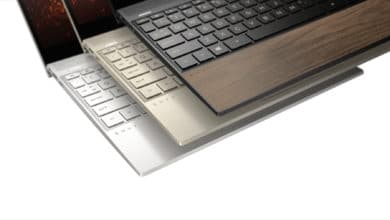