After the extensive changes that came with version 5.0, version 5.1 focused on ironing out the vulnerabilities of the new features. With version 5.2 the way to the optimization of the new editor and the other new functions is to be continued now.

WordPress, for example, introduces new blocks – for RSS feeds, Kindle eBooks or a calendar. In addition to these new blocks, the new version comes with a completely new block manager. This not only lists all currently available blocks, but also allows you to hide unneeded blocks. This could make it much more comfortable to work with the new editor.

In addition, the developers have concentrated on performance. For example, the site health feature already planned for the previous version is now available. This makes it possible to perform various analyses – for example, you can test whether obsolete PHP versions are being used or whether inactive plug-ins stand in the way of the site’s performance. In addition to these standard tests, plug-ins and themes can be used to add further tests or modify existing standard tests.

Another innovation concerns the “White Screen of Death”. In the case of fatal PHP errors, WordPress only outputs a white page so far. The administrator then has no idea where the error is or how to fix it. While professionals used to simply access the code and search for the error, technical laypersons faced a huge problem. This changes WordPress now. Instead of the white image the error message will be displayed. This has the advantage that the administrator can at least roughly find out where the incorrect code is located. In this case, WordPress will also send a mail to the administrator containing a special login link, which makes it possible to log on to the backend despite the fatal error. This allows changes that may have led to the error to be easily undone – often the same new plugins or themes that have been installed are the culprits. Altogether WordPress creates a great possibility, which makes it possible also for laymen to correct errors without larger expenditure.

Other changes include the PHP version. The developers have already announced their intention to gradually increase the minimum requirements. That’s what happened now. To continue using WordPress, PHP version 5.6.20 must be used.
Furthermore WordPress introduces a function to insert code directly after the body tag. In the future, this can be achieved using the “wp_body_open()” function, provided the theme used supports it. New content filters, shorter loading times, a customized login header and a new data protection template complete the package. 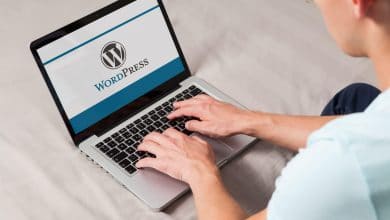 WordPress 5.1 Has Been Released