The system performance of the XMG NEO 15 can be easily compared to that of the Predator Helios 300. They have almost the same configuration, but the GPU offers 2 GB more graphics memory, hence the differences in the VR benchmarks. Apart from that, the NEO 15 brings good values out of the benchmarks. Current games shouldn’t be a problem. Photo and video editing are well served by the current CPU and RAM.

Only SSDs can be used in the NEO 15. This makes every configuration a bit more expensive, and for a data grab you have to invest additionally. On the other hand it has to be said that there is always enough speed available for games. So there are no long loading times.

Current and challenging games like Squad don’t present the NEO 15 with any difficulties. Even at maximum settings, good to very good FPS values are still achieved. Some FPS are lost at higher resolutions, for example if an external display is connected. Displays with a 4K resolution could also suffer losses in quality. The FPS values were all tested in the normal “Game” mode of the XMG NEO 15. 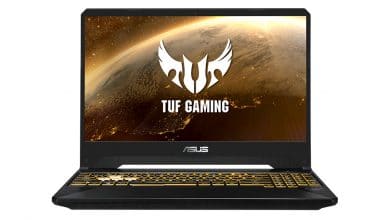