Logitech has introduced a wireless version of the 69.90 Euro G502 Hero that carries the name extension Lightspeed. The Logitech G502 Hero Lightspeed will be released at the end of May and, at 150 Euro, is more than twice as expensive as the wired version. In addition to the 2.4 GHz radio technology, buyers will also receive minor improvements in detail.

The technology of the wireless version is identical to that of the wired version, which was launched in autumn 2018. The Logitech Hero optical sensor, developed in-house by Logitech, offers 16,000 DPI and was already convincing with its high precision in the wireless Logitech G PRO gaming mouse. The number and position of the keys was taken over like the other ergonomics from the wired version. The mouse wheel, which can be freely rotated or locked, now has a rubber coating. 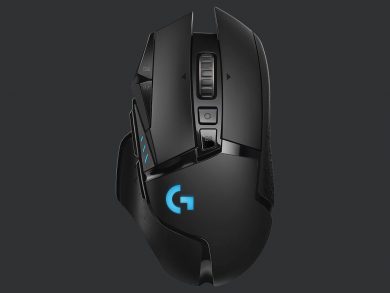