But even if the contemplative South America produces some goods, you can only manage efficiently if you cultivate sustainable trade relations with other peoples. By ship you import and export various raw materials, plan trade and charter routes and determine the ports for loading and unloading your ships. With every additional retail chain, it is important to plan more efficiently and carefully and to consider not only transport times but also weather and wind conditions. Oh yes, and there are the not so friendly pirates who like to plunder your bunk and can be found almost everywhere on the map. If you want to be on the safe side here, you’d rather take a little detour. But not only the pirates will make you frown again and again. Other parties also haggle over the scarce resources of your trading partners, so that it makes sense to deal well with one or the other faction. Since each civilization has its own motives, you will have to decide for yourself whether a generous gift of money will be fruitful for your counterpart.

To make sure you don’t get bored, there are some entertaining missions that will keep your population happy. So it’s a matter of sending wild animals that have lost their way to your city back into their terrain with small lures, conducting photo shoots or spying a little by ship.

If the endless game and the story mode are not enough for you, you can also let off steam on the map in a flexibly configurable multiplayer with up to three other players. So you can practice trading with your comrades-in-arms or declaring war on them, and you can set very different conditions for victory.

Balanced – but Not Quite Beginner-Friendly

When it comes to balance, the Anno 1800 is largely balanced – but it’s not right down to the last detail. Although the navigation and interface are tidy and clear, the game would have benefited from a more detailed explanation of individual game details. The AI is pleasantly clever in the battles, so that some opposing parties demand some combat skills or diplomatic skill from you. While this will appeal to connoisseurs of the series, newcomers will be well advised to get involved with the good players. All in all, however, in the year 1800 one has to admit that every type of player will quickly find his way around here and, above all, passionate founders will not be bored.

The menus already mentioned are structured as usual in Anno 1800, but with minor shortcomings. So the camera work is a bit messy in some moments and also one or the other tool to find buildings that can be upgraded would have been desirable. Sometimes it is unavoidable to search the card for corresponding production sites.

If you want to breathe a sigh of relief between the wild planning, building and trading, then the beautifully staged island is always worth a closer look. Thus, the graphics were also given a proper fine-tuning, while dynamic intermediate sequences underline the events again and again. Even though the dialogues constantly drive the plot forward, the German synchro sometimes turns out to be somewhat emotionless and deprives the scenery of the desired authenticity. 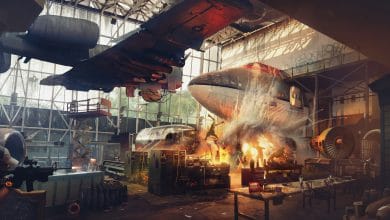 The Division 2: Whoever Pre-Orders the PC Version gets a Free Game