Result of the Edifier R1010BT Review

Edifier’s R1010BT loudspeakers are well-done in many respects. A positive aspect is the sound reproduction of the small loudspeakers, which offers a warm and pleasant sound. The control via Bluetooth is also praiseworthy; the built-in analogue converter does a good job.

The appearance is of course highly subjective, but in our opinion the loudspeakers have a thoroughly harmonious, modern and in some eyes perhaps also an elegant design. The materials used are pleasant to the touch and the quality of workmanship is commensurate with the price.

Edifier, on the other hand, has to put up with criticism for the implementation of the volume control: The positioning of the corresponding control element on the back is a matter of taste, but a potentiometer instead of a rotary encoder would have been the better choice: The built-in control has a “blind spot” at the beginning and can only cover limited low volumes. Again positive is the wide range, which is covered by the bass control, but a separate adjustment for the treble would have been a nice extra.

If the mentioned weakness is not a striking disadvantage for yourself, Edifier’s R1010BT loudspeakers are a good choice, especially considering the price. Accordingly, our verdict is positive. 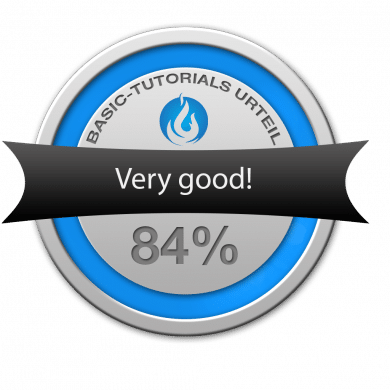